As the world struggles to eliminate cancer, researchers conduct dozens of oncology clinical trials to develop new therapies and treatments for common and rare cancers. Through solid clinical trial design from reputable CROs like Veristat, the field of cancer treatment has advanced significantly.

Statistics say that between 1991 and 2015, 2.4 million cancer deaths were prevented in the US alone as a result of new and innovative treatments, which are possible only through critical clinical trial planning. Read on to get a better understanding of how clinical trials have advanced innovative cancer.

In the last ten years of the 19th century, Professor William Stewart Halsted invented radical mastectomy for breast cancer. This invention was an extensive surgery that involved the removal of the whole organ, which became the basis of cancer treatment for almost a century. In the 1970s, modern clinical trials showed that radical mastectomy wasn’t a must for women with breast cancer. Instead, less extensive surgery that conserves the breast was practical for women suffering from the disease. Today, most women with breast cancer get lumpectomy treatment where only the tumor is removed, followed by radiation therapy.

Even more, childhood acute lymphoblastic leukemia  (ALL) was fatal cancer almost half a century ago. But thanks to advancements in cancer research (which constitute clinical trials), the once deadly disease recently has a cure rate of almost 90% in developed countries. Today, ALL and other cancers like Hodgkin’s disease and testicular cancer (previously fatal) are curable through chemotherapy. The point is clinical trials have helped us abandon early cancer treatments that were extremely harsh to the patient and rarely effective. Instead, we’ve embraced new therapies that are more effective and less brutal to the patients.

By looking back at how cancer treatments have changed since it’s inception to today, you’ll notice significant improvements. That’s because old cancer therapies are constantly getting replaced with new, more effective ones. While cancer treatments today are more effective than the therapies in the 19th and 20th centuries, continuous research enables the constant invention of even more effective treatments. That way, clinical trials help researchers endlessly advance their understanding of cancer and develop super effective ways to detect and prevent cancer, helping improve life quality for cancer warriors during and after treatment. Considering that innovative cancer treatment aims to give patients fast access to the most effective therapies, clinical trials are the pillars of advancement in cancer research.

According to the American Cancer Society, reducing the cancer death rate requires significant investments in cancer research that widens the knowledge and advances treatment options.  Their statistics say that the cancer death rate dropped by 32% between 1991 and 2019, translating to 3.5 million lives saved from cancer death. The reduced death rate was due to several factors, including testing and combining treatments for different cancers, usually done through clinical trials. These statistics bring one thing to a clear perspective; clinical trials help researchers reimagine cancer prevention, screening, and treatment, moving researchers to find effective cancer treatment solutions. 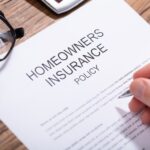 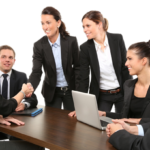